Jeffrey Murdock finds the most rewarding part of being a Chester County Park Ranger to be caring for our parks and open space resources for all who come to visit.  One of his top priorities is ensuring that the parks and trails are safe for those who come to enjoy the gifts of nature and everything that being in the great outdoors has to offer.  He believes that one must be dedicated to public service and possess the right attitude at all times in order to maintain a successful career as a park ranger.

Ranger Murdock graduated with a Bachelor of Science from Slippery Rock University in Parks and Recreation Resources Management.  After graduating he became a US Ranger with the United States Forest Service. He then moved on to work in the Information Technology field.  After establishing a successful career in the IT field, Jeff realized that his true calling was in the Parks and Recreation field where he began.  So far, he has served in Chester County as a Park Ranger for six years.

Ranger Jeff works each day with the goal of being reliable and dependable. He believes in being grateful for what one has and also sharing whatever that may be with others.  He defines success as being truly proud of whatever he has accomplished.  He is often found in the parks and on the trails interacting with the public while keeping a watchful eye out for the safety and well-being of all. 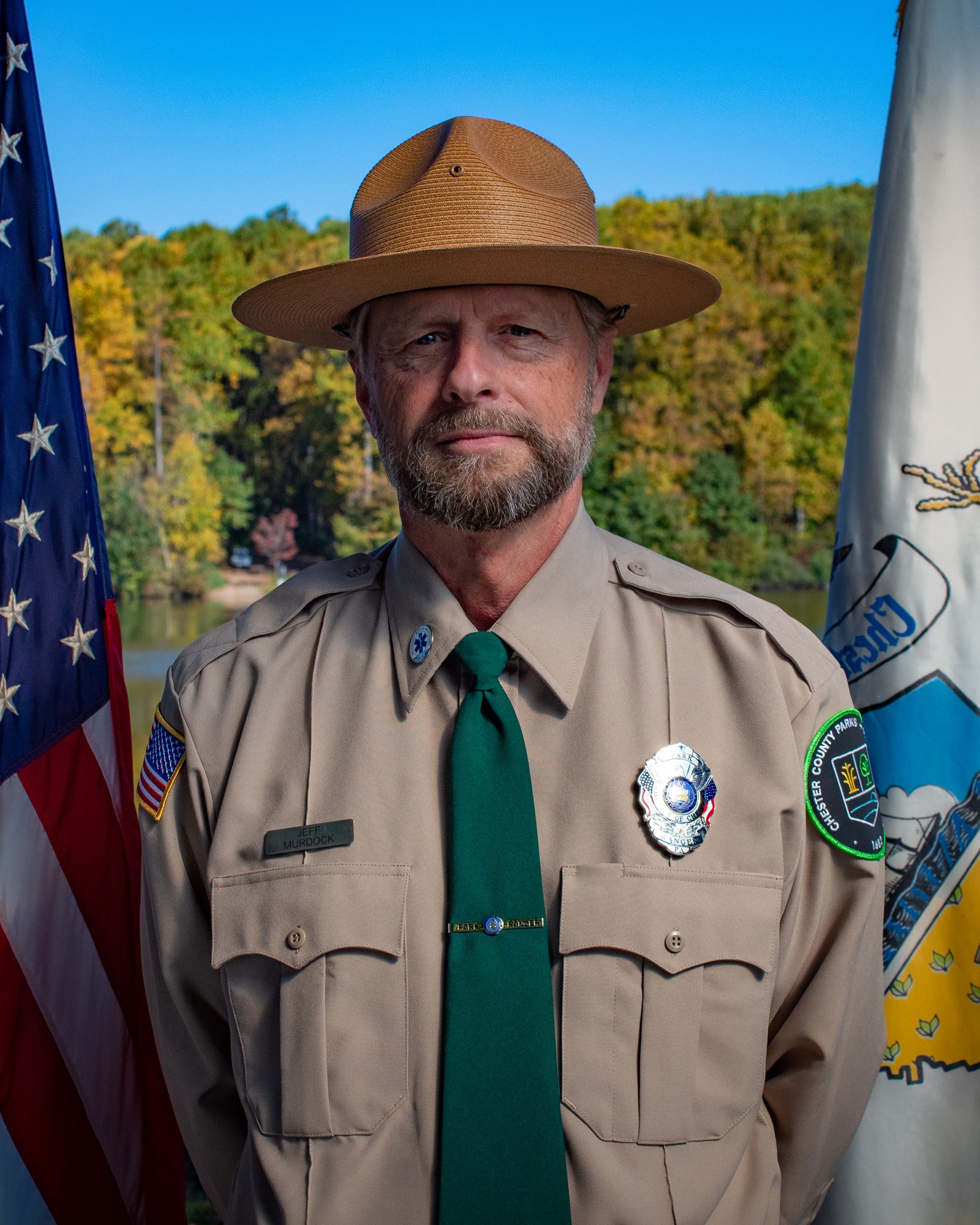