Steve Lloyd believes he has yet to achieve his greatest accomplishment as a Chester County Park Ranger. He holds this belief even though he does whatever it takes to get the job done while serving the citizens of Chester County.  Among his many significant accomplishments is recently locating a missing child on the Schuylkill River Trail.  He works faithfully each day – at times in trying situations, while always remaining calm in order to ensure the best outcome.  Steve’s best advice to anyone hoping to become a park ranger is simple.  “It’s a cool job!  Go for it!” he states.  He defines success as ongoing while taking each day one at a time in an effort to do his best for his family, friends and patrons of Chester County Parks and Preservation.

Steve was born and raised on a farm in Chester County.  His relatives once owned land that now belongs to Warwick County Park, and becoming a Chester County Ranger seemed only a natural progression in his career.  He is a trained pilot and truck driver and takes interest in all kinds of heavy equipment.  Those who made the greatest influence on his life are folks who never gave up in the face of hardship.

Ranger Lloyd obtained a BA in elementary education from Millersville University.  He became a teacher of special education and taught at the high school level for 30 years.   For two years he was a smoke jumper for the Bureau of Land Management in Alaska where he also mined for gold.  Ranger Lloyd has made two television appearances on Channel 6 as a gold miner.

Ranger Lloyd finds the best part of being a Chester County Park Ranger to be providing information to the public, listening to people, and helping and interacting with others.  His passion and desire to do a good job every day paralleled with his personal motto, “Be prepared”, are the principles he relies on for his successful career. 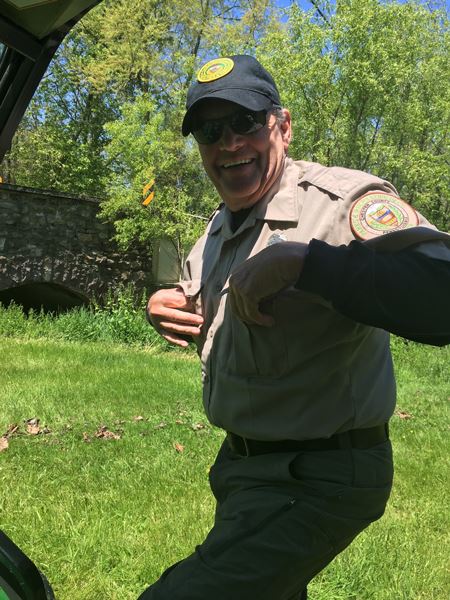