Chris Wales was working in the land management/restoration ecology field when he took on the role of part-time Chester County Park Ranger as secondary employment.  He found the work to be exciting, fun and very rewarding.  Only six months had passed when the chance to work as a full-time Ranger with Chester County opened up, and Chris seized the opportunity.  Currently he has six years with the Department of Parks and Preservation.

Chris has a Bachelor of Science in Biology with a focus on Ecology from West Chester University.  His background allowed him to advocate for – and institute, deer tick control stations throughout the Parks and Preservation system.  Tick control stations are set up to attract deer through the use of corn.  Each station has two paint rollers covered with chemicals that kill the ticks but do not harm the deer.  As deer approach the traps they must first put their heads between coated paint rollers in order to get to the corn.  Through the use of deer tick control stations in the Chester County Parks and Preservation system local deer become have more resistant to ticks.  Therefore this important work is helping to control the tick population and reduce the amount of Lyme disease in Chester County.

Chris’s best advice to anyone considering a career as a park ranger is “that you need to be flexible”.  He describes himself as “Disciplined” which gives him the ability to maintain focus on what is most important while controlling his emotions and/or fear.  This further allows him to make decisions based on logic in difficult situations and avoid panicking when situations suddenly change…..and they do all the time.   Chris maintains his discipline through a black belt in Tae Kwan Do and Hapkido.  He is also a scuba diver with well over 100 dives.

Upon meeting him you will soon be drawn to his love and appreciation of protecting the resource.  He openly shares his knowledge by offering programs such as:  Predators of PA, Weird Wildlife, Edible Invasives, The Eastern Coyotte, and more. You can also find him assisting with The Archery Range program. Ranger Wales can be found anywhere in the parks or on the trails of Chester County where he shares everything that the Department of Parks and Preservation has to offer with the public. 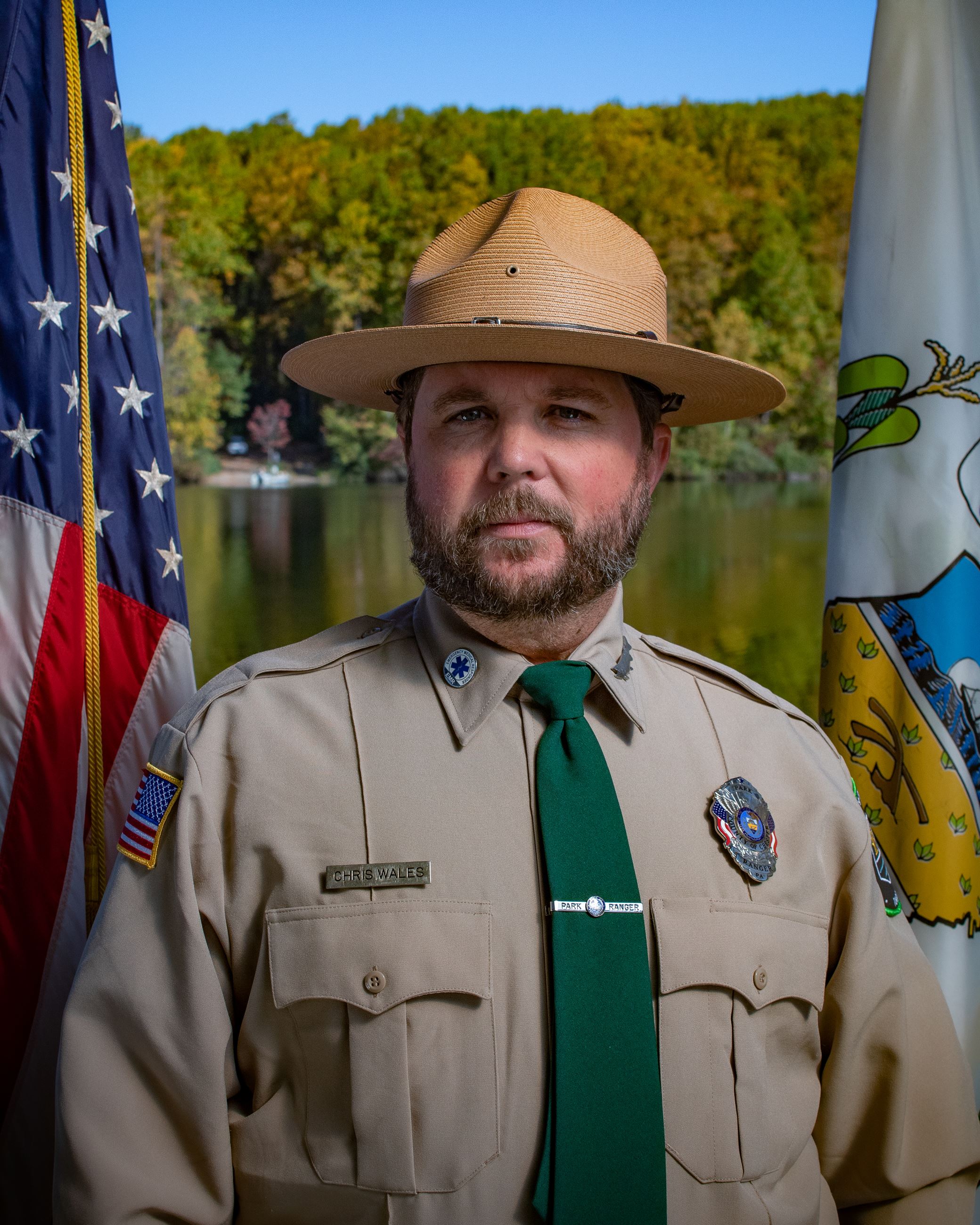