Vicki Rhine strives to make positive changes with every opportunity that comes her way. She is proud of her work with Chester County's Department of Parks + Preservation and has known since high school that she wanted a career working outdoors. Becoming a Park Ranger afforded Ranger Rhine the opportunity to pursue her passion for being outside while interacting with others. She finds meeting new people and being outdoors to be the most rewarding aspects of being a Chester County Park Ranger. She goes to work each day with the goal of “doing a good job with whatever I am tasked to do and coming out the other side safe and successful.”

Ranger Rhine has a Bachelor of Science Degree in Parks and Recreation Management from Slippery Rock University. She minored in Law Enforcement and obtained her National Park Service Seasonal Law Enforcement Academy certificate. Prior to her numerous years with Chester County Parks + Preservation, Ranger Rhine was a Park Ranger for Lancaster County. Ranger Rhine also spent two seasons with the National Park Service. One at Yellowstone National Park (1999) in Montana/Wyoming, and one at Minute Man National Historic Park (2000) in Massachusetts. She is a member of the Pennsylvania Recreation and Parks Society and served as part of the program coordination committee for one of their annual conferences.

Ranger Rhine has a passion for everything outdoors and loves to fly fish and hunt. She even ties her own flies, which makes catching the fish so much more rewarding. Ranger Rhine has volunteered time at several Project Healing Waters Fly Fishing (PHWFF) events and is a member of the Kettle Creek Watershed Association. She enjoys flower gardening and has a passion for organizing anything and everything.

Ranger Rhine defines success as being confident in what you do, but most importantly being happy. She passes this definition of success along to young people as advice by saying, “Stay in school and volunteer your time to something you enjoy.” Ranger Rhine always strives to do well and lives each day by the best advice she’s ever received: “be kind and respectful to others.” 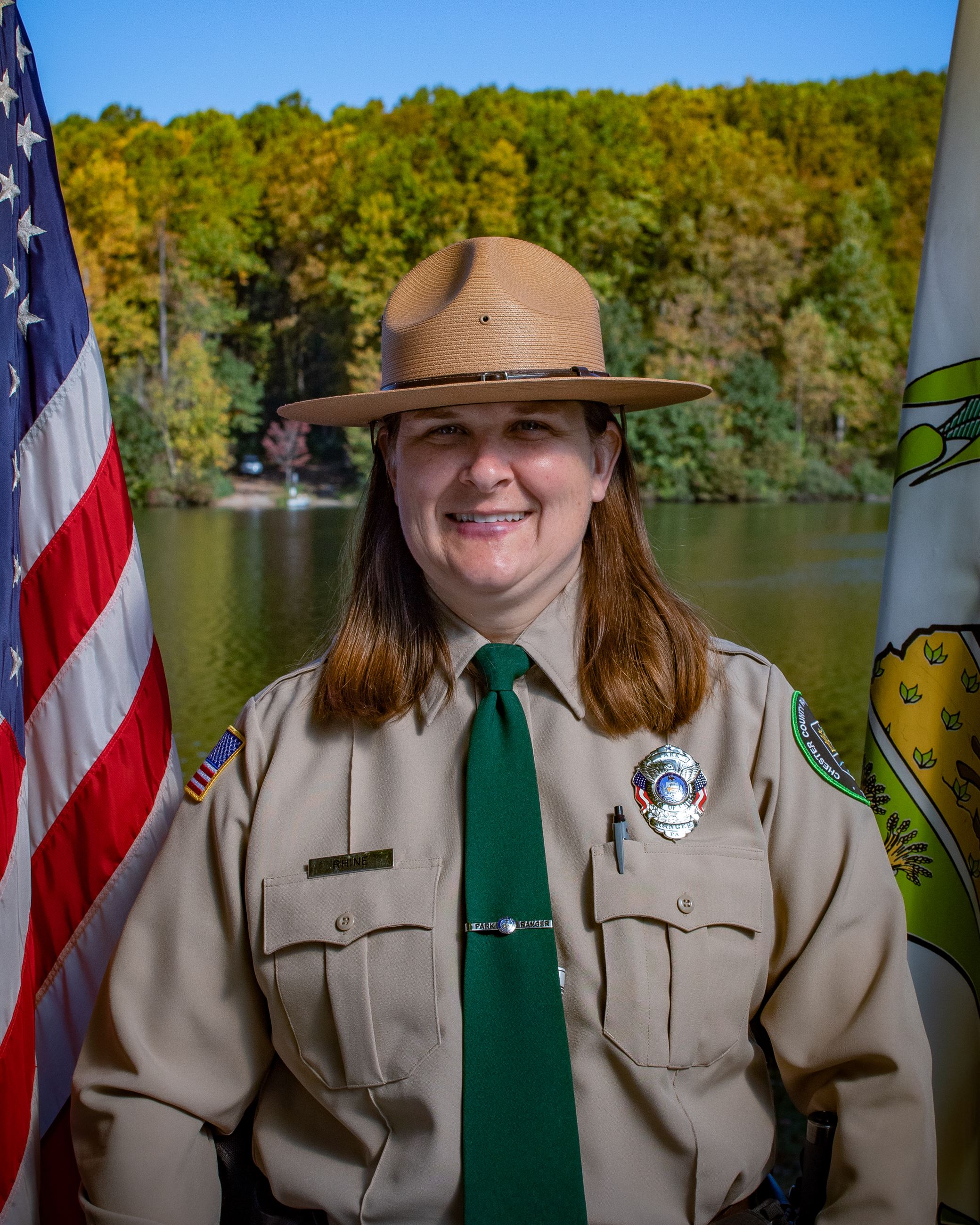