Nathan Helminiak considers his greatest accomplishment as a Chester County Park Ranger to be connecting people of all ages to the great outdoors.  His greatest passion as a ranger is educating individuals about their public lands with the hope that people will understand that these places exist for everyone’s benefit.  Nathan works daily to facilitate this connection to nature in an effort to make it the best experience possible.  He is there to make everyone feel safe, to educate, to advise and to listen.

Ranger Helminiak graduated from Shippensburg University with a degree in GeoEnvironmental Science.  The following year he completed a thru-hike of the Appalachian Trail form Georgia to Maine.  After his thru-hike, Nathan continued to work in the area of resource management as well as outdoor recreation and education.

Over the past 20 years he has served as a Ridgerunner for the Appalachian Trail Conservancy, a Wilderness Ranger for the United States Forest Service, a Scoutreach Coordinator for the Boy Scouts of America and a Store Manager for two very different outdoor retailers.  Nathan is certified as a Master Educator for Leave No Trace, Crosscut Saw/Primitive Tool Use and Reconditioning through the United States Forest Service, and also as a Wildland Firefighter.  He has served as a Chester County Park Ranger for over five years and is currently a member of the Appalachian Trail Conservancy and Leave No Trace.

Nate believes working with kids to be one of the greatest responsibilities of being a ranger.  Through this work he is educating the future stewards of our public lands.  These future stewards will need to be passionate and resilient – especially if they hope to become Rangers.   Being a steward of public land or becoming a park ranger comes with great responsibility so they will also need to be dependable.  “Follow your heart” is the best advice Ranger Helminiak ever received and he offers it freely to anyone hoping to become a park ranger.  He encourages others to be resilient, to never give up, and to volunteer if there are no internships or part-time positions.  He also advises of the need to “keep your eyes open for those passionate individuals like yourself and put them under your wing and  help them along the way” once you’ve made it into the coveted position of being a full time ranger

Nathan defines success as helping others and he is always willing to be present in whatever capacity he is needed.  He knows that as a Chester County Park Ranger his role is to listen, and his purpose can be as simple as helping someone to smile and laugh a little.  Ranger Helminiak has many skills and talents to offer.  Among them are backpacking, rock climbing, telemark skiing, paddling, fishing, hunting and he is considered to be a LEGO master.   He is even surprisingly good at skate boarding.  He appears as a character in a book entitled Just Passin’ Thru by Winton Porter.  He has been filmed doing Ranger led presentations about Backpacking, Wilderness Survival, and Chester County Parks featured on YouTube.  Be sure to sign up for one of his Ranger led programs ­­­­­­­­­­­­­­­­­­­­­­­­where he shares his passion for outdoor activities with everyone he meets. 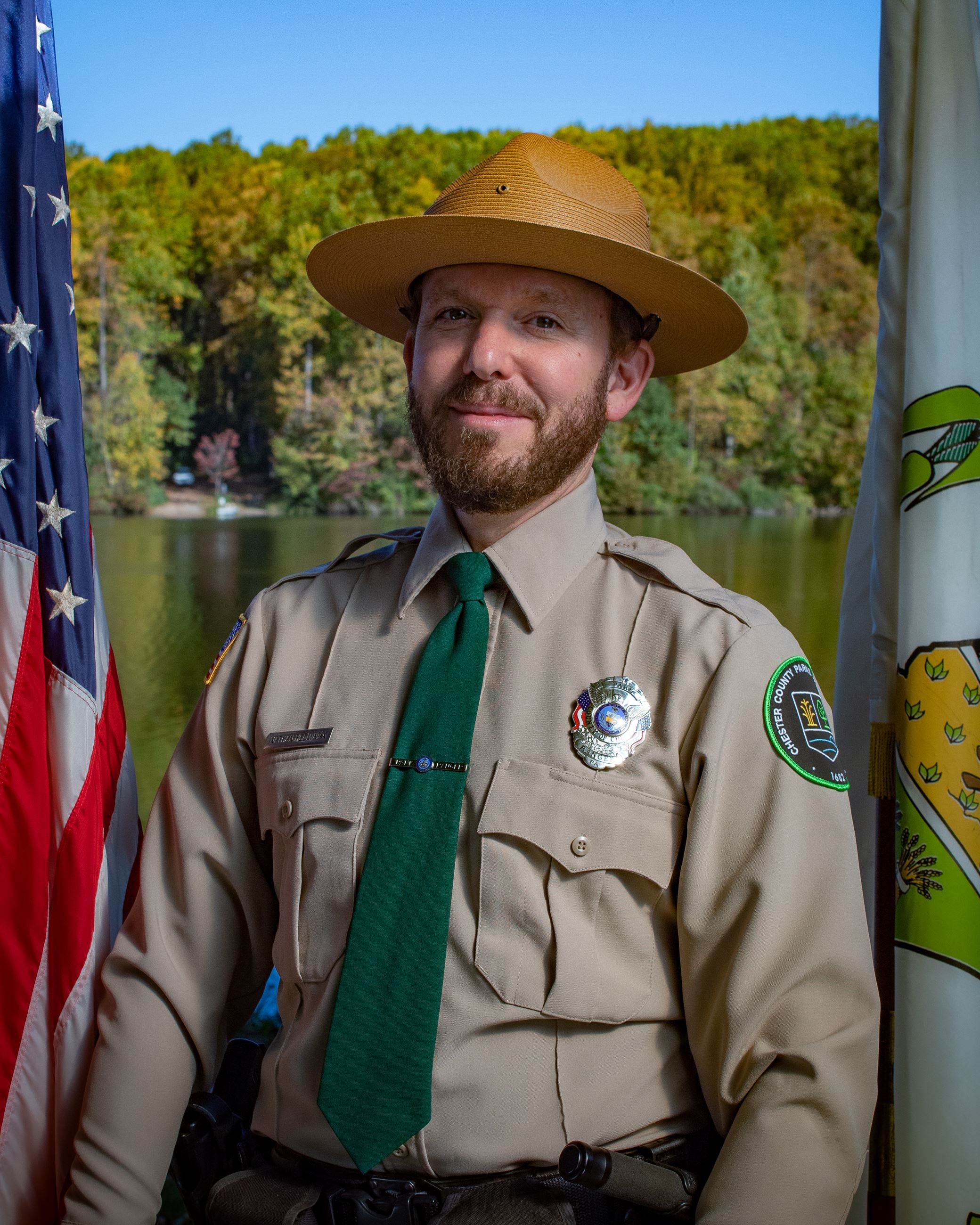