John Conlow considers his love of nature combined with being outside to be the most rewarding part of being a Park Ranger.  Prior to becoming a Chester County Park Ranger in 2005 he worked as a Park Ranger with the National Park Service.  He is a member of the Pennsylvania Recreation and Parks association and currently sits on the Resources Branch Committee.  He also served on the Caernarvon Township Recreation and Parks Committee.  His definition of success is seeing others improve upon the skills and lessons he’s shared, and he offers advice encouraging others to “Become an expert in your field and your passion”.

He has a Bachelor of Science in Recreation and Leisure Studies from Temple University, a Certificate from the Philadelphia Ranger Corps as an Urban Park Ranger, and a Certificate from Northern Arizona University as a National Park Ranger Law Enforcement.  He is a Certified Parks and Recreation Professional and a Certified Playground Safety Inspector.  His accomplishments and experience mirror some good advice he was given early on:  “To be the best leader you must keep the group together and get the job done.”

John credits his Boy Scoutmaster, Ben, as being one of the biggest influences in his life.  In scouting he found a safe place to grow and become a leader in the community.  John has been involved in Scouting since 1976 – including a decade as a scoutmaster of the troop he grew up in. He is now a leader in his local scouting pack and Troop.

Look for Ranger John Conlow in the parks or on the trails of Chester County.  If you’re lucky there’s a chance you’ll find him in the evening telling stories near a campfire.  He even shares his talented love of storytelling with children in an episode of The People in Your Neighborhood series for the Oxford School District.

His work includes tenure at radio station KXAZ 93.3 located in Page, Arizona where he also produced voice commercials.  He appeared on an episode of the Edie Huggins show in 1990, and also on the Dr. Oz show in 2016.  John believes his biggest accomplishment as a Chester County Ranger to be the many lives he has saved while in emergency situations.  Ranger Conlow continues to protect and serve as a Chester County Park Ranger with his passionate love of the outdoors where he continues to share his vast knowledge of nature with the public. 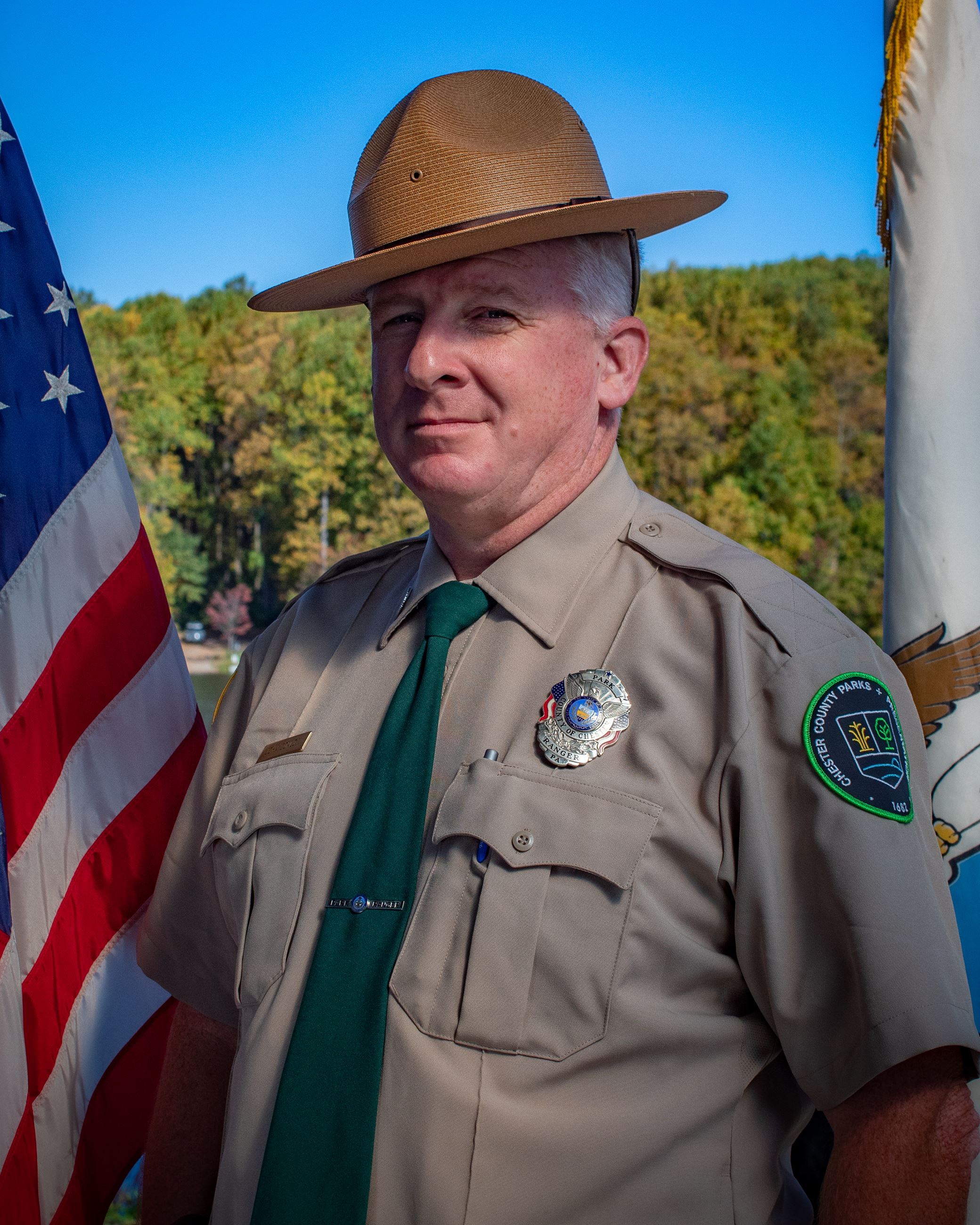