The 1st owner of the property now known as Hibernia was George Harrison, a weaver, who lived here from as early as 1744 until he sold the land to Samuel Downing in the early 1790’s. He may have lived in the part of the mansion that was the original farmhouse. Downing built the 1st iron forge at Hibernia on the West Branch of the Brandywine to convert pig iron into bar iron. The iron works property passed through several ownerships from 1808 until 1821, when Charles Brooke purchased the property and became its most prosperous ironmaster.

By 1850, the Hibernia Iron Works, also known as Hibernia Forge, included two iron forges, two heating furnaces, a rolling mill, grist mill, the mansion, and several houses for the employed families. There was also a farm, gardens, orchards and other improvements. These all helped Hibernia become a self-sustaining operation for the Ironmaster family and hired staff, as well as for the 16 men and boys, their families, and the 18 oxen, horses, and mules which worked at producing the iron. 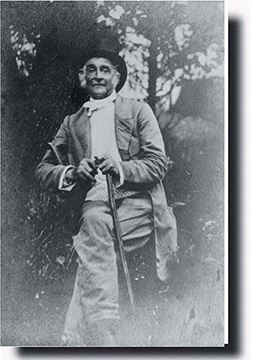 When Brooke conveyed the 1,594-acre property to his three sons in 1862, he did so with the understanding that he and his wife could remain in the Mansion House without charge for the rest of their lives. The Hibernia Forge operations ceased in the late 1870’s, some years after a period of management by Horace Beale.

During the 1880’s, the house was the country residence of Thomas Costigan, a Philadelphia contractor, his wife Mary, and their family. Costigan relished foxhunting as did the Ironmasters before him. The Costigan family frequently used their private railroad car in traveling between the city and Hibernia, as well as for social occasions here.

In 1894, Colonel Franklin Swayne, a successful Philadelphia real estate lawyer, and avid foxhunter, bought the mansion and 650 acres of the Hibernia Property. As squire of the land, he managed several enterprises such as farming, sheep raising, and ice selling, but complained that none were successful financial ventures. Hibernia today retains the legacy of the gentleman’s country estate he created.

Upon his death in 1924, Swayne willed the property to his cousin, Mary Skerrett Matteson. Although she introduced electricity to Hibernia, she used the house primarily as a summer home for vacationing with her grandchildren. High maintenance costs and the family’s limited use of the property finally led her to sell Hibernia in 1963 to Chester County for the enjoyment of all its citizens.

Much of Hibernia's appearance today is the result of changes and extensions made by Colonel Franklin Swayne between 1895 and 1910. His architectural additions and furnishings reflect his admiration of English manor style and taste.

The massive lion heads at the entrance to the estate became Swayne's symbol. He purchased them on one of his 29 trips to England and had them installed in impressive pillar gate posts.

It is said that the east wing, or ballroom, was added after his marriage to Dolly Clifford, an English actress, to host grand Christmas parties in the old English tradition. The large fireplace was designed to accommodate the traditional Yule Log The legend is that only one such party was held, in 1903, and for whatever reason, the couple parted soon thereafter.

The Colonel is thought to have been the one to have the stone exterior covered with coppery peach aggregate stucco. A 33-foot wide "pavilion" projects more than a foot from the wall of the original facade of the south wall of the big house. The four-foot deep windowsills in the front hall are a part of this change, as well as the relocation of the main entrance to this wall. Grand-scale casement windows were introduced and the two-story quarter round turrets added.

Much of the furniture in the mansion today belonged to Swayne, including several of the rugs, most wood pieces, the pianos, wall decorations, engravings, paintings, and major upholstered pieces. All of the furniture in the dining room was Swayne's but the china, appropriate to the period has been donated. Of particular note in the dining room is his Empire sideboard with claw feet in back as well as in the front. The ballroom has been painted a deep apricot, as it was originally, and the elaborate mirror has been regilded.

There is no exact date for the construction of Hibernia Mansion until the 1903 ballroom addition, but rehabilitation activity has revealed that the western part of the west wing was the earlier 18th century house, an 18' x 24' stone building that was either 1.5 or 2 stories high. Along with a later 1.5 story 18' x 27' addition to the east side, this was the Ironmaster's home by 1798. A walk-in fireplace was built on the 1st floor, but it was replaced by a staircase leading to the servants' quarters. The support arch of the fireplace still exists in the cellar. This section became part of the west wing, the working portion of the house.

The now central "big house", 45' x 43' was probably built soon after Charles Brooke bought the property in 1821. Its north side suggests what the exterior of the building would have looked like in the Brooke period.

The floor plan included a longitudinal front hall with two large rooms on the north side; 18' x 20', high 9'10" ceilings; and a central chimney serving two fireplaces on each floor. The woodwork has a circle motif carved in different positions in every mantel design.

Although the era in which the rear servant's wing was added to the mansion is unknown, it is shown as being a part of the Costigan Mansion on a map of the property from the 1880's as were the nearby stables.