Struble Trail, with 2.6 miles currently open, follows the east branch of the Brandywine Creek as it flows towards Downingtown. Sitting on the original rail bed of the Waynesburg Rail Line, the trail is generally flat, and although some undulations occur, the terrain is considered low in user difficulty.

Struble Trail connects to various neighborhoods’ trail systems, and is often used to commute between home and work. Connections are

Struble Trail is perfect for riding bicycles, running, hiking and walking. Picnic areas and rest stops are found at various locations, allowing visitors to stop and chat. The Struble Trail currently offers ADA accessibility on a one mile stretch from the trailhead at Dorlan Mill Road south to Dowlin Forge Road.

On the 5.2 mile round-trip from the zero mile marker at Norwood Road, visitors can enjoy shade, running waters, wildflowers and fishing opportunities. The 0.9 mile portion of the Brandywine Creek between the bridges at Dorlan Mill and Dowlin Forge Roads features a Delayed Harvest fishing area administered by the PA Fish and Boat Commission (PFBC). This is a special regulation, artificial lure-only trout fishing area, stocked annually with brook and brown trout. PFBC regulations apply and a valid PA fishing license is required. This fishing area is accessible from Struble Trail, and has an open season that is extended beyond the regular trout season.

There is a delayed harvest area from the Shelmire Road parking area up to the Dolan Mill parking area. 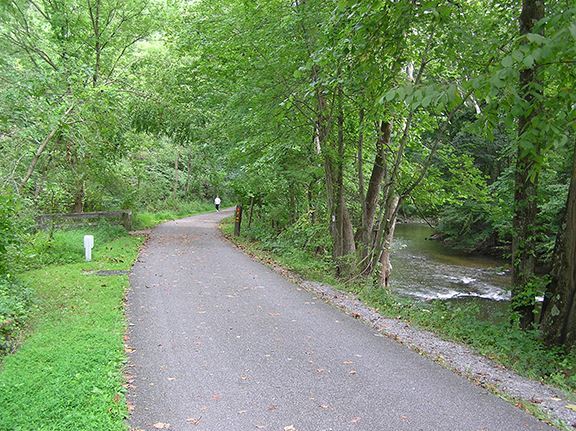 The Born Learning Trail is part of the United Way of Chester County’s Early Childhood Education Initiative designed to assist parents and caregivers in engaging their young children in quality early learning activities. The Learning Trail is a series of signs and stenciled prompts that adults can use to help prepare small children for success in kindergarten.

The Free Little Library station offers free books along the trail as well.

A portion of the trail is dedicated Scotty McMillan, whose life was taken at a very young age in November, 2014.

Robert G. “Bob” Struble was born in Westmoreland County, near Pittsburgh. After graduating from a one-room schoolhouse, he earned a degree in agriculture from the Pennsylvania State University. In 1935 he began teaching vocational agriculture in the Unionville School District, and five years later, started the vocational agriculture program at Kennett High School. In 1946, in its second year of existence, Bob joined the Brandywine Valley Association (BVA).

Over the next 30 years he worked with BVA and its sister organization, Red Clay Valley Association. During this time he helped initiate Chester County’s first landfill and the Conservation School at West Chester University. In the early 1950’s, he was involved with developing the Brandywine Watershed Work Plan, which resulted in Struble Dam and Lake, Marsh Creek Dam and Lake, Barneston Dam, Beaver Creek Dam, and Hibernia Dam and Chambers Lake at Hibernia Park. He was also instrumental in developing the Chester County Conservation District and the Chester County Water Resources Authority.

Bob’s connection to Struble Trail began with his work to acquire the property for Marsh Creek Reservoir and State Park. A sewer line was to run from the park to the Downingtown treatment plant following the old rail bed for the New Holland Line. While designing the sewer line, he and others suggested that a hiking and biking trail over the sewer line would be a way for the public to take advantage of the construction. This idea continued after he was elected Chester County Commissioner in 1976. In 1979, the trail became a reality and was dedicated as the Robert G. Struble Hiking and Biking Trail. 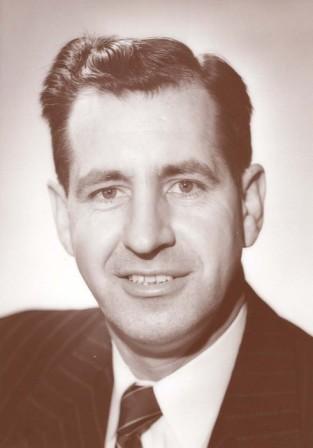 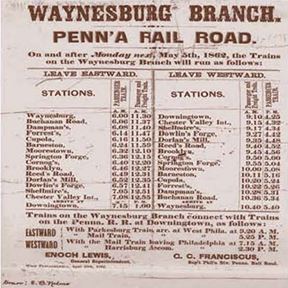 Early History of the Rail Line

Struble Trail had its birth as the East Brandywine Railroad Company and later as the Pennsylvania Railroad’s New Holland Branch. A special act legislature, dated March 31,1854, allowed a 28-mile rail line to be built between New Holland and Downingtown, where it connected with the Philadelphia and Columbia Railroad. In 1860 it was renamed the East Brandywine and Waynesburg Railroad, and in 1861 the 18-mile route from Downingtown to Waynesburg (now Honey Brook) was completed. By 1876 the line extended another ten miles to New Holland, Lancaster County.

The early rail line connected hamlets and stations with familiar names such as Dowlin, Dorlan, Lyndell, Cornog, Springton, Glenmoore and Honey Brook. Cornog was named for the Railroad’s first president, who owned the large, contiguous farm.

Financial struggles caused the railroad to be reorganized as the Downingtown and Lancaster Railroad Company. By 1890 the line extended another ten miles from New Holland to connect with the Main Line at Conestoga, east of Lancaster. As the 20th Century dawned, the Downingtown and Lancaster Railroad Company continued to see hard financial times with little commerce on its rails and hence little investment in upkeep. After leasing the rail line for many years, the Pennsylvania Railroad purchased the operation April 1, 1903.

In October, 1942 the Pennsylvania Railroad’s Philadelphia Division issued a “Report Covering the Abandonment of the New Holland Branch.” By 1949, an 8.1-mile section from Glenmoore to just west of Honey Brook was officially out of service. The section that is now Struble Trail was placed out of service from 1966 to 1973.

The Chester County Facilities and Parks Department manages the multi-use recreational trail. The open, paved section extends 2.6 miles westward from the edge of Downingtown Borough following the East Branch of the Brandywine Creek. Popular with cyclists, hikers and fishing enthusiasts, Struble Trail also intersects with the Uwchlan Trail at about the 1¾ mile mark and Lion’s Trail, which connects to Kardon Park in Downingtown.

Dowlin Forge, the stabilized ruins of a 19th century iron forge, is just north of the trail at the Dowlin Forge Road crossing. The site, maintained by the Uwchlan Township Historical Commission, has a unique history. For much of the 19th century, John Dowlin and his descendants owned and operated the site’s blacksmith shop, gristmill, saw mill and company store. By the 20th century, most of the community had disappeared. Surviving buildings and traces of landmarks associated with the iron forge can be found along park trails in western Uwchlan Township. For more information, contact the Uwchlan Township Historical Commission at 610-363-9450.