DA Ryan has dedicated her entire career to public service. As a prosecutor in the Philadelphia and Chester County District Attorneys’ Offices, she has advocated for justice on behalf of victims and their families. She has handled thousands of criminal cases, successfully prosecuting homicides, sexual assaults, child abuse, high-level drug trafficking, domestic violence, gun violence, and many other types of crime.

DA Ryan spent 11 years at the Chester County DAO before becoming district attorney. She served as the Deputy DA in charge of the Child Abuse Unit and Children’s Advocacy Center, supervising a team of detectives and prosecutors and prosecuting some of the most violent and dangerous offenders in Chester County. These high-profile cases involved complex and sensitive issues and required substantial experience, skill, and compassion. Her most notable prosecution was a defendant who abused his four children over two decades, earning him the highest sentence in the county’s history.

In 2014, DA Ryan was named the Chester County Prosecutor of the Year for her work with children and her positive collaboration with law enforcement.

DA Ryan became a prosecutor because of her grandparents. Both of her maternal grandparents were Holocaust survivors. Her grandmother, Carola, was sent to three different concentration camps as a teenager and was the sole survivor out of a family of 65 people. Her grandfather, Henry, was saved by Oskar Schindler. They came to the United States after her mother was born in Germany.

From the time she was very young, DA Ryan was taught the critical importance of social justice and advocating for the vulnerable, marginalized, and oppressed members of society. 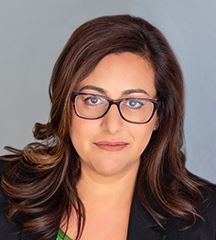