Judge Bret M. Binder received his B.A. in economics, with minors in mechanical engineering and mathematics from the University of Pennsylvania in 2001.  In 2004, he received his J.D. from Villanova University School of Law. During law school, he clerked in West Chester for Judge Cavanaugh of the Superior Court. From 2004-06, Judge Binder had the privilege of clerking for Justice Newman of the Pennsylvania Supreme Court.

Judge Binder went into private practice concentrating on commercial litigation, real estate, and business law and for the last 12 years of his career in private practice was the founder and managing partner of the law firm of Binder & Canno.  During his career, Judge Binder was selected multiple times to the Pennsylvania Super Lawyer Rising Star list and the Main Line Today Top Lawyer list.  Judge Binder co-authors a book on evidence with his father David Binder - the most recent edition is Binder on Pennsylvania Evidence, 10th Edition (Pennsylvania Bar Institute).

Prior to taking the bench for the Court of Common Pleas, Judge Binder was honored to serve as the Magisterial District Judge in Court 15-1-01, serving parts of West Chester and the Townships of East Bradford and West Bradford. During that time, he was appointed the second Vice President of District 11 (covering Chester County, Delaware County, and Philadelphia County) as well as to the Rules Committee of the Special Court Judges Association.

Judge Binder was elected to the Court of Common Pleas of Chester County in November 2019, taking his oath of office in January 2020. 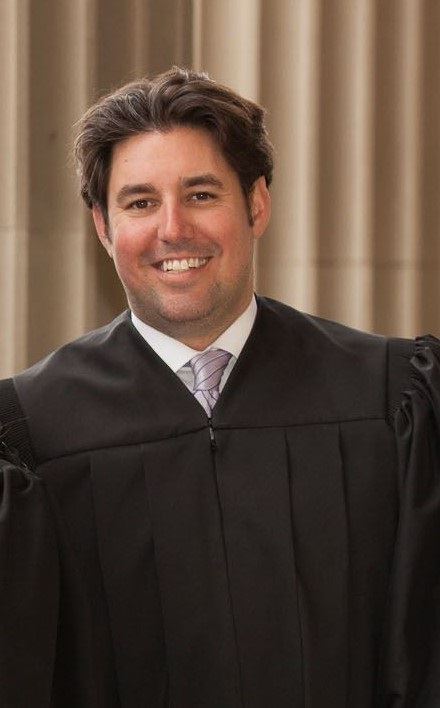