Originally from Oxford, Second Lieutenant Kelby Hershey recently graduated Summa Cum Laude from West Chester University (WCU) with a Bachelor of Arts degree in history with a concentration of credits in language studies - specifically Cantonese. To reinforce his language skills, Kelby studied abroad in China this past year.  During his time at WCU, Kelby was an active member of the Student Veterans Group on campus and was integral in acquiring additional grant funding for scholarships for veteran students which came to fruition this year. An athlete, Kelby played center for the WCU Rugby team for two years. He also participated in the Norwegian Food March, a dauntless battalion run covering 18.6 miles in full combat gear with 25lbs of canned food in their packs. The run collected 3,200 cans of food that was used to feed veterans on Thanksgiving, 2015.

Before his time at West Chester University, Second LT Hershey served ten years in the Army including two deployments to Iraq and Afghanistan. He was stationed at Fort Carson, Colorado, Company D, 4th Infantry division and attained the rank of Staff Sergeant.

Kelby has requested assignment and classification as a Military Intelligence Officer, (MI Officer) Military Occupational Specialty. In that position, he would be responsible for assessing risks associated with friendly and enemy courses of action and to act, counter, or neutralize identified intelligence threats. The MI Officer also uses intelligence systems and data to reduce uncertainty of enemy, terrain and weather conditions.

Second Lieutenant, Kelby Hershey is pictured at right being congratulated by Navy CAPT (Ret.) Bill Pinamont of the Chester County Veterans Affairs office after his commissioning ceremony at the Brandywine Battlefield in Chadds Ford, PA on August 24, 2016. 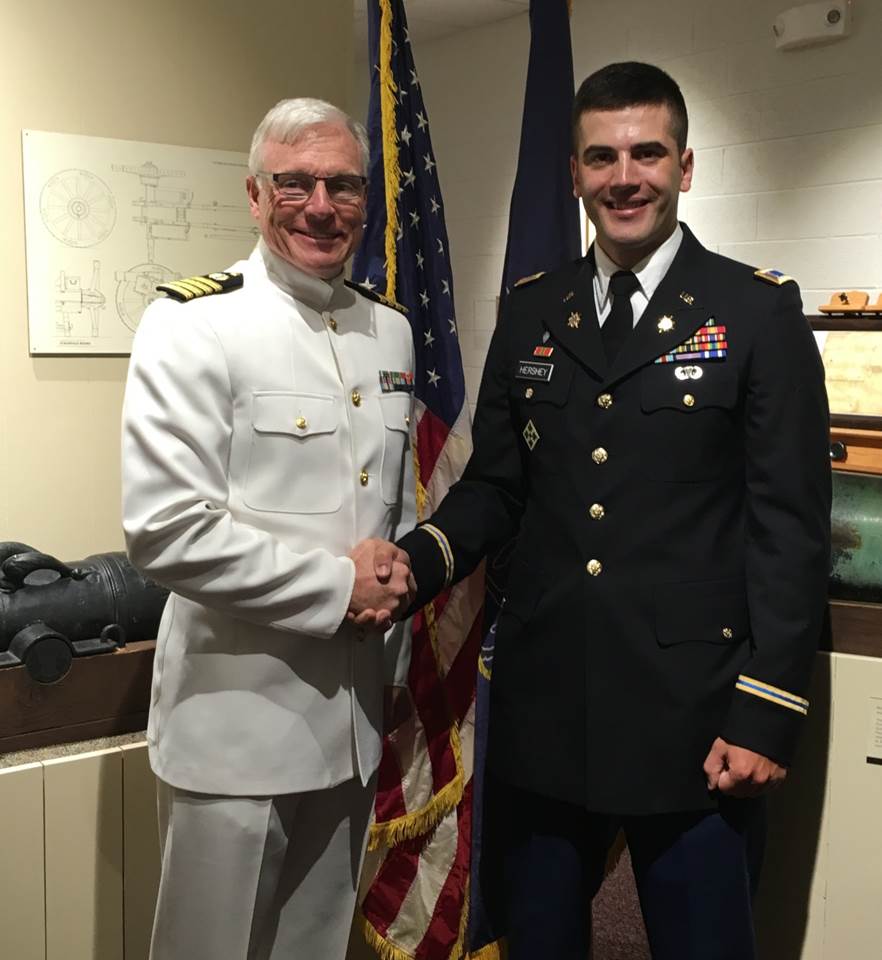