Struble Trail, with 2.6 miles currently open, follows the east branch of the Brandywine Creek as it flows towards Downingtown. Sitting on the original rail bed of the Waynesburg Rail Line, the trail is generally flat, and although some undulations occur, the terrain is considered low in user difficulty.

Struble Trail connects to various neighborhoods’ trail systems, and is often used to commute between home and work. Connections are

On the 5.2 mile round-trip from the zero mile marker at Norwood Road, visitors can enjoy shade, running waters, wildflowers and fishing opportunities. The 0.9 mile portion of the Brandywine Creek between the bridges at Dorlan Mill and Dowlin Forge Roads features a Delayed Harvest fishing area administered by the PA Fish and Boat Commission (PFBC). This is a special regulation, artificial lure-only trout fishing area, stocked annually with brook and brown trout. PFBC regulations apply and a valid PA fishing license is required. This fishing area is accessible from Struble Trail, and has an open season that is extended beyond the regular trout season. 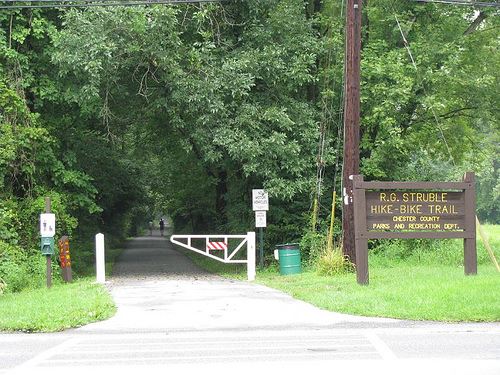 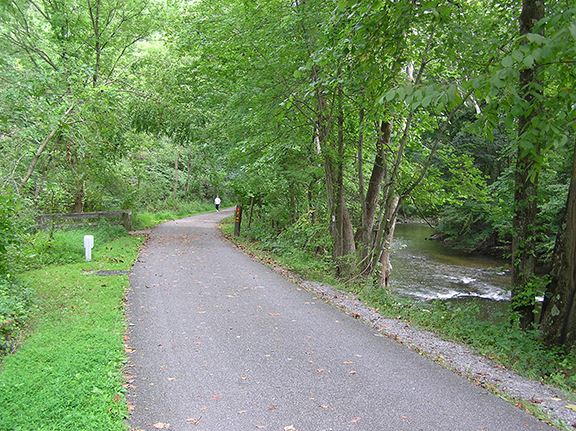